I know I said I was going to be taking a break from blogging but I couldn’t resist this post. This week marks my 2 year vegan anniversary! A lot has happened these past two years but here I am still going strong. Within that time my husband joined the veg team, we went through a very stressful home buying process, Longhorn was diagnosed with cancer, got pregnant, and had an amazing natural birth. Even after necessary diet changes (dropping soy and now corn) in order to continue breastfeeding my daughter becoming vegan was the best decision I’ve ever made.

Here is a walk down memory lane through photos: 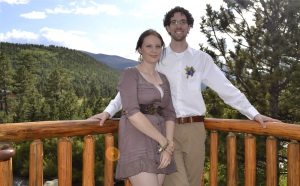 Me and the husband shortly after I became vegetarian. 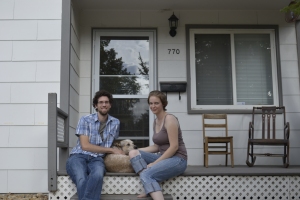 Longhorn, the husband, and I on the steps of our newly purchased modest home. All three of us were vegan at this time. 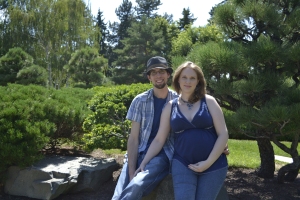 The husband and me at 8 months pregnant. 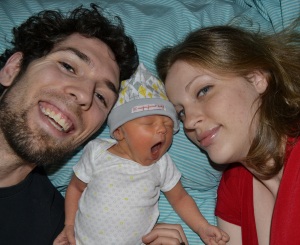 All of us exhausted during the first week as a family.

Not only has it changed what’s on my plate but how I think and who I am. Somehow the vegan lifestyle has become my therapy. It has purged my body of the hatred I was holding onto. The built up anger from my past casting a shadow on my present is nearly gone. I am beginning to enjoy life. I now have more patience and understanding for others. You may think this is a part of getting older and maturing but I disagree. If that happened to all that aged the world would be a better place. Being honest with myself by choosing this lifestyle has simultaneously opened my mind and heart to so much more. I have compassion for animals AND all humans.

This may not be the effect that everyone who chooses to become vegan experiences but it is the effect it has had on me. I had a rough time growing up not having any true friends and feeling like I didn’t belong anywhere, not even with my family. Veganism has given me a peace of mind. I finally know who I am and the kind of person I want to be. I have a clear understanding of what I want out of life and how to get it. I can express my thoughts and feelings more consciously. Others doubts and negativity towards my choice does not make me think twice about it. I am confident and not afraid to be myself. Being vegan has given me a sense of self that I was lacking for so many years. No one can break me now. I believe those that do not like who I have become do not need to be a part of my life.

I have not had any cravings or desires for my previous diet. I have never had an addictive personality so giving up meat and other animal by-products was not much of a challenge for me. Of course cheese was a big one as it is for most vegans but when you think of the lives affected by your desire for something as trivial as cheese it’s not that hard to say no thank you. One thing I must point out is that tastes do change. There are a few things that I could not stand in the beginning that I love now. The big one was non-dairy cream cheese. The first time I tried Tofutti’s Better Than Cream Cheese I thought it tasted like spackle and had to throw it away. I gave it a second chance further down the road and found that it wasn’t all that bad. Two years later I don’t have the need or want to include non-dairy substitutes in my diet. Daiya is one of those things that we had to have every week, now we buy it as a rare treat. As time passed we started focusing more on whole food and less on processed substitutes.

I will admit that I did have fish once, which I was very disappointed with and never had it again. During my pregnancy I ate many things at work containing milk and eggs because my lunch was never enough and I was starving. Had there been any other choices believe me I would have taken them in a heartbeat. Does this make me a bad vegan? No, I don’t believe it does. Hardcore vegans that are out to make everyone else feel bad will probably try to strip me of my vegan powers. To them I say, “I’m sorry that you feel compelled to judge others so quickly that you yourself can’t be happy.”

Not everything can be categorized as black or white. Whatever you are comfortable with do it. Do not let the beliefs of others condemn your actions. The only thing that matters in your decisions is whether or not you are being true to yourself.

Here are to many more vegversaries and living a full and happy life! 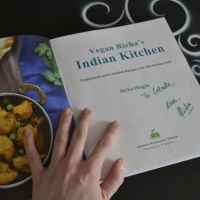 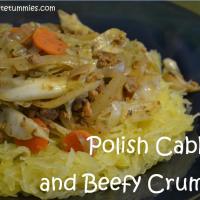 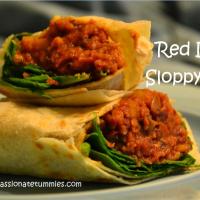 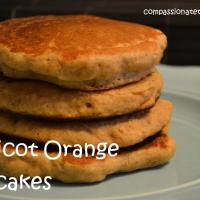 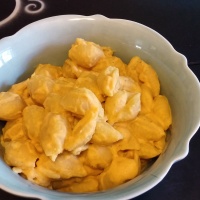 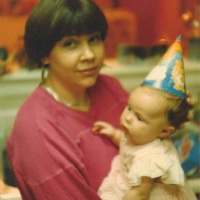